After downloading it, go to the folder and do a shasum check to ensure your download’s integrity.

Here’s how to do the shasum check:

Since this is a LTS (long term support) version, users of Desktop, Server and Core editions will get support in terms of security and other updates for the next five years, i.e., until April 2023.

I’m not a stranger to Ubuntu 18.04 LTS since I had already downloaded beta 2 (desktop version) a few days back on a Dell Optiplex 780 PC and launched it via Virtualbox.

Here are my first impressions of the official release of Ubuntu 18.04 LTS, which hews close to beta 2.

Although I could have burned the iso to an USB drive and launched a “Live” session, I preferred to do an actual install on my hard drive. 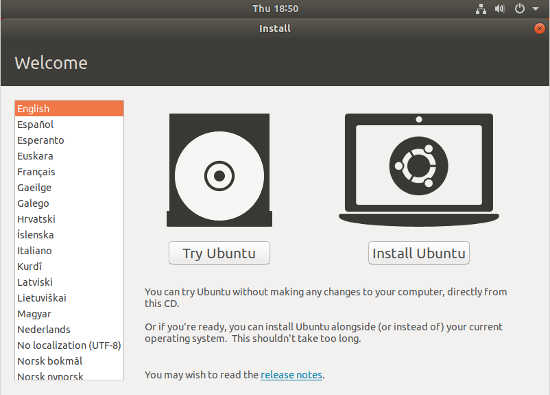 My installation was under the Oracle Virtualbox virtualization software. 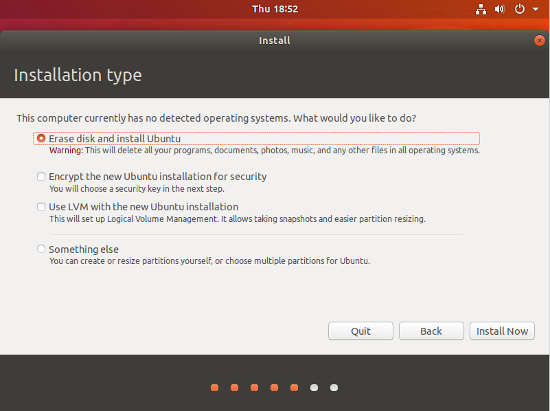 During the process of launching Ubuntu 18.04 on Virtualbox I alloted the new OS 3GB RAM and 10GB of hard disk space on the Dell PC.

I selected the “Normal Installation” option and so I got the new Libre Office 6, and a bunch of other stuff. 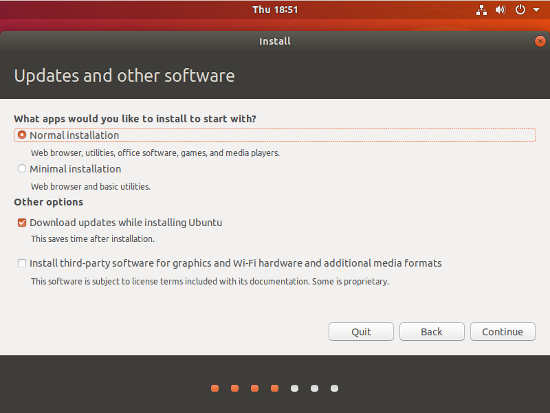 If you pick the “minimal installation” option, you’ll get just Firefox browser and some basic utilities like Document Viewer, SeaHorse Gnome app for managing encryption keys, and Gnome screenshot.

If you’re new to Linux, I recommend the Normal (full) install.

The installation went smoothly and I was quickly off to the races after hitting the “restart” button.

If you’re planning a Virtualbox type install, then some features like bidirectional copy may not be available because the “guest additions” version for Ubuntu 18.04 aka Bionics Beaver is not available yet from Oracle Virtualbox. 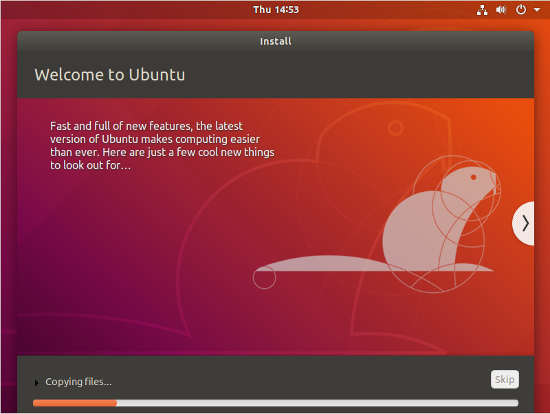 One of the first things I do on any new Linux system is to install a program called inxi and I quickly did the same on Ubuntu 18.04 LTS.

Inxi (now available in most repositories) provides a solid overview of your Linux system.

Of course, the biggest difference between Ubuntu 18.04 LTS and Ubuntu 16.04 LTS is in the desktop.

Even with running it in a virtualized mode, I found Ubuntu 18.04 smooth.

Of course, there’s more to Ubuntu 18.04 LTS than just a change in the default desktop. 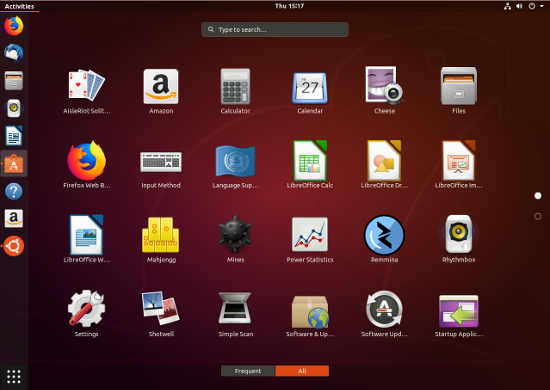 In Ubuntu 18.04 LTS, the window control buttons for applications (i.e., minimize, maximize, close buttons) have been shifted from the top-left to the top-right. To me, having the window buttons on the right side seem more natural.

The clock has moved from top-right to the top-center.

Default dock position remains unchanged and is still in the left vertical position. 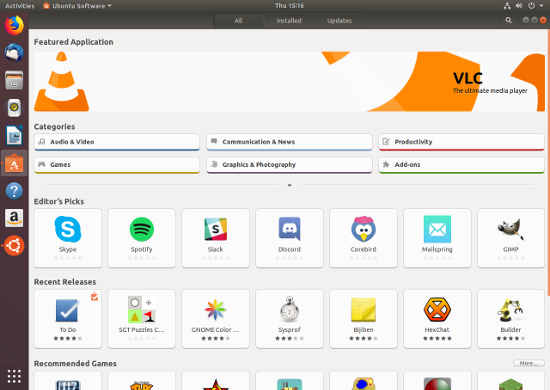 Another change in Ubuntu 18.04 LTS is that System Log has given way to Logs, an app to view logs from the systemd journal.

Ubuntu is also making available downloads of the new release in Kubuntu, Lubuntu and other flavors here.

During the process of installation, Ubuntu provides users an option for users to send across a bunch of information to Canonical (Ubuntu’s de facto parent). 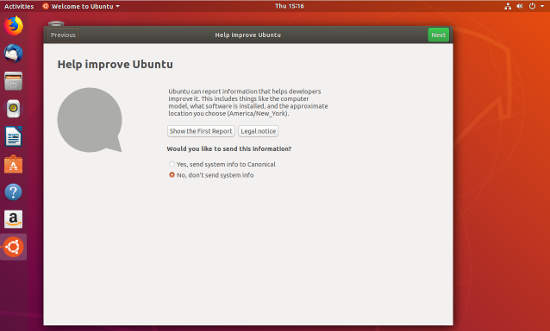 Information collected include your CPU brand, bios, RAM, storage, screen resolution, whether auto login is enabled and your time-zone.

Unfortunately, the default is opt-in.

But since there’s a clear option to opt-out, I would not raise a hue and cry about it.

If you plan on upgrading the desktop version, here are the steps (as explained on the Ubuntu web site):

1) Open the “Software & Updates” Setting in System Settings.
2) Select the third tab, i.e., “Updates”.
3) Set the “Notify me of a new Ubuntu version” drop-down menu to “For any new version”.
4) Press Alt+F2 and type in “update-manager -cd” (without the quotes) into the command box.
5) Update Manager should open up and tell you: New distribution release ‘18.04’ is available.
6) If not you can also use “/usr/lib/ubuntu-release-upgrader/check-new-release-gtk”
7) Click Upgrade and follow the on-screen instructions.

If you recently installed or upgraded Ubuntu 16.04, the Update option is already selected in the Updates tab.

Overall, my first impression is that Ubuntu 18.04 is not a bad deal for a free and robust desktop OS.

The upgrade represents another step in the evolution of Ubuntu as a robust desktop Linux distribution.

Will Ubuntu 18.04 LTS tempt me to make it my default Linux PC?

Linux Mint (based on Ubuntu) is a more user-friendly distribution and I will continue to stick with it.